Dave and I were both born in the countryside, and often can take it for granted, and I think it was when we were making our West Highland Way film that I was forcibly reminded of the incredible diversity that our British Isles have to offer in terms of nature and wildlife.  The Highlands of Scotland particularly, are a rare chance to see native species that are now very rare, and long distance paths have a real place in the scheme of ‘wild’ tourism.  This one is 95 miles of stunning Scottish scenery, and interpretation boards are studded along the whole route. 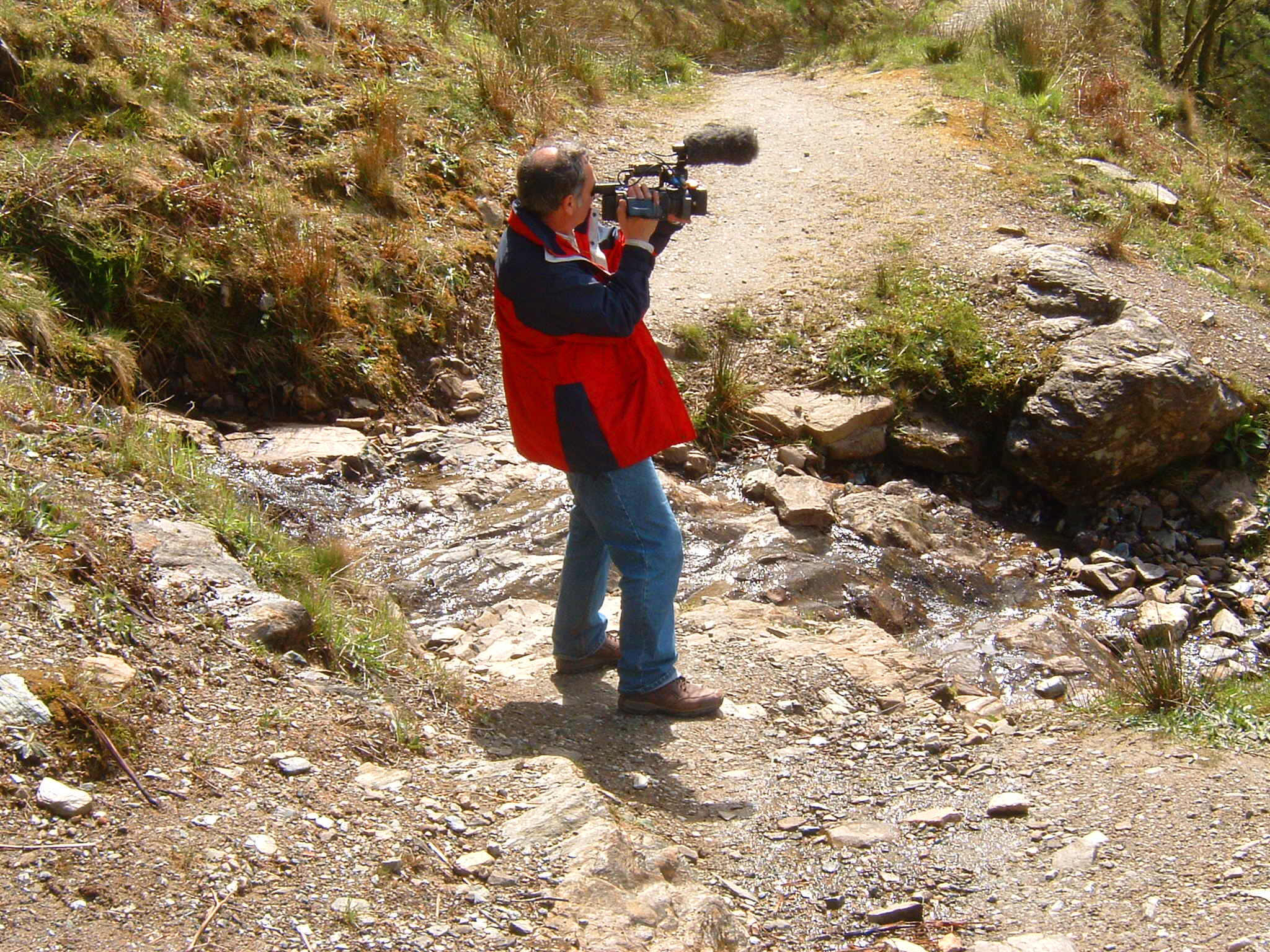 Although the path begins in the suburbs of Scotland’s largest city, the walker is soon transported into the countryside, and given a chance to enjoy a volcanic lowland landscape before one begins to see the changes as one approaches the foothills of the Highlands. There is a chance to walk through 270 acres of heathland, woodland and moorland, connected by a network of paths, 70% of which is designated a Site of Special Scientific Interest (SSSI) at Mugdock Country Park.  Getting closer to nature in the form of Ranger-led Forest Schools is an ideal way to attempt to recapture old countryside and life skills.

Passing from the lowlands and accomplishing the climb up through the forest to Conic Hill presents the traveller with a splendid panorama of Loch Lomond, Scotland’s largest loch, and a clear sight of the divide between the volcanic mountains. Loch Lomond is classic tourist destination, and its beauty is well known, but it is a loch that affords the visitor a great chance to see conservation working.

Taking a boat from Balmaha across to one of the islands such as Inchcailloch, as we did in our film, means one can spend a truly absorbing afternoon strolling the paths, learning about cultural traditions and history, and understanding how the habitat has been protected.

Further up the eastern side of the loch the path becomes challenging, and there are wild goats that one can smell long before they appear, before one reaches the RSPB (Royal Society for the Protection of Birds) sanctuary at Inversnaid, and those paths give one a chance to spot rare birds and learn about the special breeding programmes that are ongoing.  I remember the Ranger, Duncan, that we met and talked to in our film, urging visitors to look up, not at the ground, as they walk the West Highland Way.

Military roads, built in the 18th century, albeit originally made for the efficient deployment of soldiers, have been a valuable resource for easier access to the Highlands, and are now classed as Scheduled Ancient Monuments.  They cross moorland and areas teeming with wildlife that might otherwise have been missed had they not given the walker the opportunity to get over difficult terrain more easily. Glorious Glen Falloch and Glen Fillan have one walking through an unspoiled landscape, where stags and pine martens can be spotted by the eagle eyed.

Infamous Rannoch Moor is a wild landscape that needs no introduction.  The species that endure here must be the hardiest, for that vast stretch of moorland has a weather system all its own, and a walker can experience all the seasons in just one day.  A seemingly straightforward walk of 10 miles can suddenly become a frighteningly endless trudge if the weather turns and all sense of direction is lost.

The long distance trail crosses Rannoch Moor, and to lose your way on that is to court trouble at any time of year.  On a clear day, it can offer one the panorama of the glorious Highlands in all their seasonal splendour. The path down off the moor leads past a winter ski resort, under the shadow of Buchaille Etive Mor – the Shepherd of the Glen – a beautiful, brooding bulk of mountain that also guards the road down to Glen Coe, the scene of the infamous massacre of the Clan MacDonald.

The Way goes relentlessly on, and there is the Devil’s Staircase – an old zig-zag military road up the mountain – to climb, with the chance to spot eagles now, as well as the majestic stags that are known as the Monarchs of the Glen – before one stands, triumphant on the summit, with spectacular views all around, and on a clear day, the vast peak of Ben Nevis, the highest mountain in the British Isles.

The clarity of the air, and the purity of the streams are restorative, and the walker feels refreshed and confident that, after descending to sea level at Kinlochleven and the climb back up, they will finish the last 14 mile stretch to Fort William in one go.  Finish they must, for there are no roads and no accommodation here and no escape – this is wild country, unspoiled and beautiful in its bleak isolation.   Under the shadow of Ben Nevis we staggered into the town of Fort William, tired and satisfied, congratulating ourselves on our endurance, our tenacity and for taking the opportunity to witness the unforgettable beauty of the Scottish Highlands.

You can see Debra and Dave's feature-length ‘footloose' journey at Vimeo on demand:
https://vimeo.com/ondemand/westhighlandway 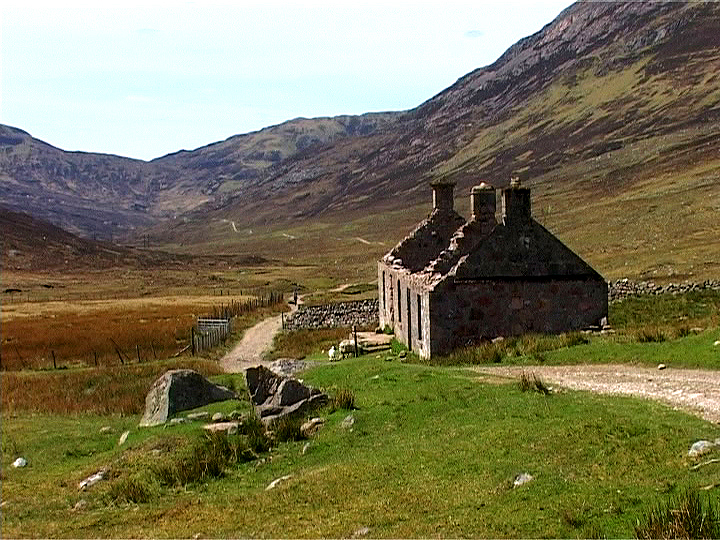 Editor's Note: If you love long, in-depth travel videos set in the British Isles and elsewhere in Europe, be sure to also check out the videos they've added over on Amazon.